Sir John Franklin: From the archive 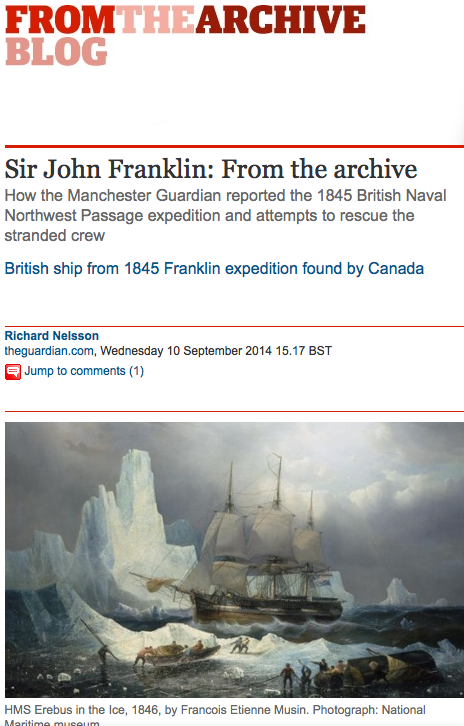 The news that one of the two lost ships from Sir John Franklin’s doomed Arctic expedition has been found generated plenty of comment and speculation. My own contribution was digging out  a few 19th century Manchester Guardian pieces about the 1845 Northwest Passage expedition and the various attempts to rescue the crew: Sir John Franklin: From the archive

Posted by Richard Nelsson at 18:56